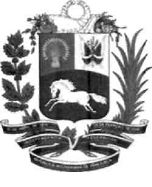 The Government of the Bolivarian Republic of Venezuela informs the Venezuelan people and other fraternal peoples about the recovery state of President Hugo Chavez, who, as it is publicly known, underwent a surgical operation that lasted 6 hours on Tuesday, December 11.

After the complex and delicate surgical operation, the patient is going through an also complex postoperative recovery process. We trust the physical and spiritual strength of Commander Hugo Chavez and the medical treatment.

Right now, medical reports indicate that the patient is in stable conditions.

The Bolivarian Government invites the Venezuelan people and other fraternal peoples to be with President Chavez in this new testing time with their prayers and solidarity, which sure make him stronger every day.

President Chavez is accompanied by his closest relatives, who, in Havana, thank the countless expressions of solidarity and affection that have been shown from all around the world, especially the love of our people coming from every corner of Venezuela.